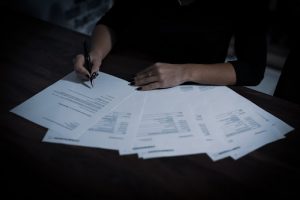 The government needs money to function and it gets this by taxing its people. These mandatory monetary inputs from people and business enterprises pay for government employees and the services they provide. This is called a tax and the government must collect it from its citizens. A Baltimore bankruptcy lawyer can help you have a better understanding of these matters.

Some are called federal taxes and they pay for national items like the president, congress, federal judges, and the military. Then there are the state taxes that pay local roads, and County and city taxes fund public schools, the fire department, and the police. Without taxes, the government can’t do anything and the country would be in chaos. So, as much as we dislike paying taxes, we must because it’s an integral part of living in a society.

Payroll Tax of Employers and Employees
People work and the government takes a percentage of this as tax. Payroll withholdings are taken out of an employee’s paycheck every time it’s released and this is appropriated for federal, state, and local income taxes. Employers also pay their own taxes. After that, there’s the shared tax split between the employer and employee for medicare and social security. Moreover, the employer will also have to kick in the unemployment tax to benefit those who work for the company.

Income Tax is also called a progressive tax and it’s different from the withholding tax taken out of your salary. By progressive, it means those who make very little money will not need to pay income tax at all. Those who make a decent amount will pay a fraction of it to the government. As for those who make a lot of money, they have to share a bigger percentage.

There are three types of income tax, including federal, state, and local with their specified rates.  They are filed each year on April 15th. All the money you make at work is considered income. If one wins the lottery, that’ll be considered income as well. There’s a Baltimore bankruptcy attorney who’s knowledgeable in the field of personal finance, especially taxes, and can assist those who need help in straightening out their tax problems.
Property Tax

For those who own a property like a house, then you have to pay property taxes. It’s usually a percentage of the current value of the house and it’s paid annually to the city or the county. Annual property tax payments are also levied on a major purchase like a car.

Sales Tax
This levy is collected on retail sales. Sometimes, it may happen that items like food or clothing are exempt from it. However, in nearly all cases, a tax is added when something is bought at a store and that’s the sales tax with levels varying on where you shop and what you buy.

Businesses will need to pay their own set of financial obligation to the government, depending on how much the profit of the enterprise is. There are other related taxes, such as those imposed on imports, gift taxes, estate taxes, and unemployment taxes. These are matters that can make anyone’s head spin, unless you have a bankruptcy lawyer to help you get a handle on all its dizzying details.

When one feels the need to know more about taxes to avoid the Internal Revenue Service snapping at your heels, forget reading up on the tax code. Besides, it’s too long and even more complicated than you think. Instead, seek out a tax professional. Richard Hackerman who’s both a tax lawyer and a bankruptcy lawyer based in Baltimore, Maryland can surely simplify life for you. Either that or you can read through the laws on taxes. It’s over a million words, by the way. Make sure you find the time to pay what you owe the government.